Difference Between Trading Shares and Derivatives 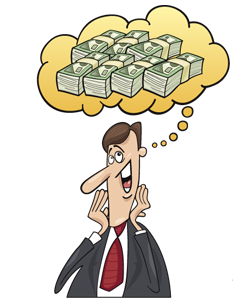 In contemporary trading circles, it’s rare to hear of a professional trader who sticks solely to shares and doesn’t dabble in derivatives. A factor many people hold responsible for the global financial market meltdown in 2008, derivatives present a high risk/high reward proposition for investors, and while they are often based on underlying shares and the performance of companies, they are altogether different instruments that trade in a very different way.

While both share dealing and derivatives trading have their own distinct advantages, and both lend themselves more closely to certain trading situations, it is nevertheless worthwhile to understand how the two compare as trading mediums to determine whether you could put one or the other to better use in trading your portfolio (more on how to set up your portfolio).

Derivatives are traded instruments that are secondary to some underlying asset. Rather than being an asset as such itself, a derivative is an instrument that gives rise to some right or even obligation in an asset at a future point, such as the right to buy an asset at a set price, or the commitment to sell on a set date. Derivatives are essentially just standard contracts that are traded off the back of underlying assets (such as shares) and therefore respond more sensitively to underlying price fluctuations – in other words, they tend to be more volatile than the assets to which they relate, an build a component of leverage into the transaction.

Derivatives vs Shares – The Difference

One of the crucial differences between derivatives and shares trading is the interplay of leverage with derivatives. Leverage is best thought of as an amplification device – it allows traders to banks the profits of a transaction as if they were trading with a larger capital exposure than is actually the case. In many derivatives, this is built in to the nature of the contract. For example, £1,000 worth of options might actually control £10,000 worth of stocks, thus when the stock value increases 1%, the trader can actually bank a profit of 10% on the transaction. This can pave the way for derivatives traders to make more money over a shorter period of time, but with heightened leverage comes the downside of heightened risk.

Very much a leveller in favour of share dealing, the risks posed by leveraged positions, and derivatives trading generally are correlative to the rewards. While it is entirely possible to earn a hefty rate of return on your derivatives investment pretty quickly, it’s also more than possible to lose the bulk of your exposure to a position in a matter of seconds. Share trading is much more transparent a transaction than derivatives trading, and the risks are contained broadly within the companies to which the shares relate. For this reason, its recommended that only traders with a large appetite for risk should delve beyond share dealing into the often murky world of derivatives trading.

Shares are also in the fortunate position to deliver a yield of their own, independent of variations in their resale price. Like a house, which can yield a rental value in addition to its resale value, shareholders receive dividends paid by the companies in which they hold shares, giving an ongoing annual yield, even if resale prices fall. Contrasted this with derivatives, which have only their execution/resale value to be considered, and can effectively become absolutely worthless or even a liability, depending on the nature of the obligation it creates.

Another key distinction between derivatives and shares is the concept of volatility. While both are volatile to a certain extent, derivatives can be wildly more volatile than their share trading counterparts – which is both a positive and a negative thing, depending on your perspective. Greater volatility means prices are likely to swing more heavily in a profitable direction, but it also opens up the possibility to heavy losses, so coping with heightened volatility is something of a balancing act. On the other hand, while shares remain fundamentally volatile in nature, they are not subject to movements that are as wild as derivatives.

Share trading and derivatives are both central to global investment portfolios, and there is no right or wrong answer in terms of what you should be using in your trading setup. The choice is an individual one, and a mix-and-match approach to trading is often the best way to spread risk and minimise the potential for catastrophe. By understanding how the two trading mediums compare, you can be better equipped to determine how best to divide up your trading resources.