What Is a Stock Market?

Stock markets are home to extensive trade in shares and other company securities, and they have a crucial role to play in the success of commerce and the overall health of an economy. There are stock markets across the world’s global financial centres which regulate markets and run indices on which traders can take exposure with a view to delivering capital growth on the size of their position.

What Is Stock Market?

A market is a collection of buyers and sellers, facilitated by a stock exchange, which enables the determination of price for assets, e.g. company securities. In the share trading context, a stock market is where share prices are set, and where the organic supply and demand for shares can play out in primary and secondary markets. Market prices are often seen as an indicator of business and investor optimism, and healthy market levels can indicate strong investment in an economy or sector. As a result, the markets are regarded as an important economic indicator, in addition to providing an opportunity for traders and investors to generate a return on their capital.

By trading in stock markets, traders can earn returns that are unavailable in any investment product to maximise the efficiency of their capital. Whether it’s a fund manager with billions under management, or a one-man amateur trading operation with a modest capital budget, the stock markets can be the idea way to generate a capital return.

A stock market is essentially a virtual forum where buyers and sellers of an asset can meet to trade standardised share instruments. Stock markets are managed by stock exchanges, which accept submissions from public companies to be listed for the public sale of their securities. In order to become listed, companies must meet extensive qualifying thresholds, designed to safeguard traders and ensure a level of standardisation in shares across the market.

Stock markets determine the price of underlying assets, by matching the prices willing to be paid by both buyers and sellers to identify the market price of an asset at any particular time.

What Role Does It Play? 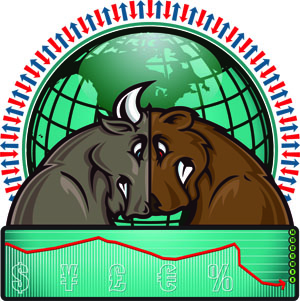 The role of stock markets is an important one, as the portal to funding private business. Stock markets allow companies access to pools of private capital, which can be used to fund business growth and development, or the purchase of new assets. Without access to private funding, businesses would be more constrained in the projects they can contemplate funding and would therefore be unable to truly capitalise on the equity in their company. Similarly, stock markets make it feasible for business owners to ultimately cash out their positions for profit, by selling their shares into the open market. The economic benefits of stock exchanges and stock trading are untold, and without the facility in place for trading equity in this way, companies would find expansion much more challenging.

For individuals and traders, stock markets also have an important role to play in the sense that they allow traders to generate a return on their capital, such that it is worthwhile for capital to be invested in the financial markets. This dual functionality makes it essential for both traders and companies as a means of facilitating the capital flow.

How Do Financial Markets Work?

Stock markets work because buyers and sellers are willing to engage in trade in an asset. When stocks are bought, their value rises incrementally on a per share basis to reflect the growing demand for that asset. When shares are sold, the value is depressed by an equal amount, proportionate to the impact of the share sale on the total market price at any given time. This creates the smooth price curve that markets tend to see, where overarching trends cycle (unless the is underlying growth or depression in the value of the company), allowing traders to buy low and sell high in where the opportunities exist to do so.

How Can It Be Traded For Profit?

In order to trade shares profitably, there need firstly be capital growth in the size of a position. This is achieved by trading in markets that are expected to grow, or by shorting markets that you expect to slide, and any difference between the opening and closing price can represent a capital profit or loss on the individual position. Share dealers are fortunate in being able to profit in a secondary way, in addition to this level of capital growth, through the dividend yield. Dividends are shares in company profits paid out to shareholders at regular intervals throughout the year, and those traders that hold dividend paying shares when the dividend is declared are entitled to receive the payment. This creates two distinct layers of profitability for traders engaging in stock market trading.

A History of Stock Markets

Traders across the world exchange trillions daily on exchanges and markets for securities, commodities and instruments, greasing the wheels of commerce and providing a mechanism of wholesale corporate governance. But the stock markets as we know them didn’t just emerge in a ready, advanced state, and they have an interesting story to tell over their roughly 400 year history.

Stock markets were initially developed as a mechanism for capital investment to fund commercial operations and expansion. The oldest known share certificate dates back to 1606, as the earliest example of companies trading equity for finance, in an occurrence that would ultimately pave the way for modern capitalism and the developed economies to which we would become accustomed.

Early share trading largely concerned shipping and expeditions to the so-called ‘new-world’ in pursuit of the spice and cotton trades. Shares were sold to fund the production of ships and pay for the costs of expeditions to the outer reaches of the known-world, as explorers and early entrepreneurs sought to make their fortunes overseas. By 1698, the trade in these securities had become formalized in the first example of a stock exchange, trading in a London coffee-house amongst wealth individuals and businessmen who would meet to price investments in different commodities and businesses.

1720, just over two decades after the first organized attempts at what we now know as a stock exchange, the first major crash had already bitten in the form of the ill-fated South Sea Bubble, with overeager investors rushing to plough their capital en masse into the government sponsored South Sea Company, leading to social disaster in the aftermath of the collapse in the price of its shares.

In 1997, the markets introduced electronic trading to coincide with developments in technology, which led to yet a further explosion in shares trading, and took the markets to a whole new level. Unlike ever before, it was now possible to trade the markets without a physical presence on the stock market floor, opening up trading to virtually anyone with the inclination and some capital to play with.

Today, the markets have risen to become vast exchanges of capital and funding, trading in the trillions each and every day across the globe. From Toronto to Tokyo, stock exchanges have sprung up the world over in almost all developed economies to fuel business growth and help fund government projects which in turn directly enhance quality of life and provide employment and investment opportunities for people across all sectors of society.

Without this powerful mechanism, governments and businesses alike would be unable to raise the capital they need to sustain and grow, and the private sector would be unable to provide the opportunities and choice to which we’ve become accustomed. While the markets have played an instrumental role in modernizing the world in which we live, their story no doubt holds more twists and turns, and as we move further into the 21st century the role of the markets will continue to change with the times to fulfill the needs of both investors and the organizations so reliant on private capital.