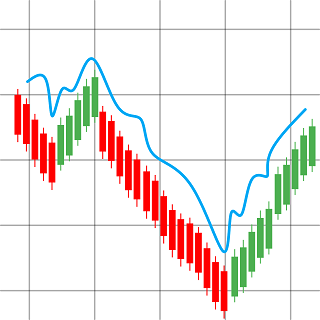 Stock market movements can be significant in both directions, and unfortunately there’s no way to be sure of exactly why they’re behaving in a particular way. That said, understanding the factors that play in to trading psychology and getting to understand the implications of particular external factors can lead to more consistent trading, and really is the Holy Grail of successful investment.

Stock price movements are affected by any number of things, ranging from goings on within the underlying business through to economic forecasts and even current affairs. As a starting point, it&’s key to understand that worldly goings on are intrinsically linked with the markets, and command significant sway over trading behaviour. Economic announcements, for example a rise in UK interest rates, could in theory drive up the price of shares in major mortgage lenders, if it is assumed this will benefit their bottom line. Current affairs also play in, as to the movements of ancillary markets – a weak pound, for example, will buoy the shares in international manufacturers listed on the London exchange.

The majority of price movements are dictated by the trading activities of investors much larger than yourself, with portfolios ranging into the billions. We’re talking institutional investors – investment banks, hedge funds, insurance companies and the like. These are serious players on the markets, and how they respond to a particular event or announcement will go a long way to determining the price of any given share.

As a small trader, the advantage you have over these institutions is risk and dynamism. A pension fund that’s playing with the life-savings of its clients is going to run a mile at the first sign of trouble, or pile on the exposure if they think something is moving in their favour – it’s their primary function, and their clients would be incensed with any other approach.

As an individual investor, it’s absolutely essential that you have or develop a solid grounding in economics, business and current affairs, and many professional traders have news tickers constantly running in addition to knowing ahead of time when particular relevant figures are likely to be released to the public. You need to be one step ahead of the game, and adopt a totally professional approach if you are serious about making a living as a trader, which involves knowing what’s going to happen and when, and how that might impact market attitudes.

Nobody said it was easy, but with a little foresight and an ever-expanding wealth of knowledge on your side, you too can learn how to react to the factors that play in to pricing on a day to day basis to make more reasoned investing decisions and to determine the best point to both enter and exit your positions.

The markets respond to economic indicators so readily because they impact on almost every sector, and have a knock-on effect on the success or otherwise of publicly traded companies. Coupled with current affairs, nothing moves the markets quite like economic announcements, and with a comprehensive and clear calendar of what’s getting announced when, you can start to develop a more targeted trading strategy to determine better investments more consistently.

Economic indicators that are perceived to be positive could buoy a particular share price or hinder it, depending on the interrelation of the underlying business to that economic sector, and the same is true in reverse of perceived negative announcements and economic decisions.

For example, an increase in interest rates in the US could be seen as a positive move for an aircraft manufacturer with heavy US trade, and cause share prices to rises as a consequence. This is because a rise in interest rates will strengthen the dollar, making it more attractive for US businesses to spend abroad and import goods, which could have a direct positive impact on the bottom line of the UK manufacturer.

At the same time, the exact same announcement could be seen as a negative for US home builders, who may struggle to sell off housing stock if interest rates have risen, as a result of the increased costs of borrowing which will price some consumers out of the market. Depending on a host of other factors, this in isolation could result in a fall in price of the home-builders’ stocks, and might be a sign for traders to short stocks across the industry.

To add further complexity, the difference between perception and reality with economic announcements can also effect price movements, even where the spirit of a particular announcement would tend to suggest a particular price movement. For example, if US interest rates were expected to rise by 1.5% but actually rose by 0.5%, this could send traders off towards shorting the stocks of the aircraft manufacturer because the news wasn’t as good as expected for that particular business, even though the overall spirit of the announcement still weighed in the manufacturer’s favour.

Obviously markets respond to economic announcements and indicators of economic well-being, but were it such a straightforward process investing would be an easy game. The trick with reading external factors and applying them to the markets is to have a full, 360-degree picture of how savvy traders are likely to respond, and trying to anticipate the relevance and effect of scheduled announcements before and just after they are made.

While it&’s still more than possible to get it wildly wrong with this kind of strategy, trading on the news nevertheless provides for more consistent trading, particularly as you come to experience exactly how the markets respond to particular announcements.

Read more on importance of technical analysis and what role it plays in trading shares.