Fixed VS Variable Spreads – Which Ones Are Better?

There are lots of important factors to consider when shopping around for a broker, including reputation, security, platform, and customer service. Perhaps the most crucial element of all, however, is the cost of the individual transactions applied to financial instruments. Other than the profitability of your trading system itself, transaction costs are the key determinant of your net return. The most common type of transaction cost is the bid-ask spread, with fixed and variable spreads on offer, both with their own distinct advantages. 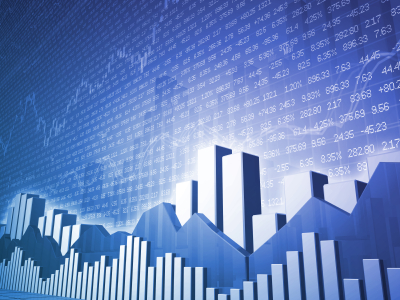 While different asset classes have different types and ranges of costs and fees, every trader has to deal with transaction costs in one way or another. The vast majority of traders pay a bid-ask spread each time they make a trade, which is basically the difference between the price at which you can buy and sell an asset. Regardless of the security you are investing in, understanding the bid-ask spread is a key requisite for anyone keen to engage in the markets.

When it comes to spreads, you pay the higher price when you buy and the lower price when you sell, with your broker pocketing the difference. While some brokers also make money by charging commission for particular instruments and trading packages, the spread is essentially the cut they take for letting you into the market. There are advantages and disadvantages associated with both fixed and variable (also known as floating) spreads, with people making a choice based on preferences, experience, and the trading system they wish to use.

Fixed spreads stay constant most of the time regardless of market conditions. If your trading system depends on consistency, fixed spreads offer an obvious advantage as they allow you to plan transaction costs more effectively. This is especially relevant for people who like to trade news events, where prices can be extremely volatile. Spreads can vary dramatically following important news events like the NFP, and more than a few novice traders have been caught on the wrong side of a stop-loss order due to the cost of rising spreads.

Scalpers and other short-term traders may also benefit from fixed spreads, as it’s easier to know ahead of time what kind of profit will be required to break even and get into the black. Many new and upcoming traders also prefer using fixed spread packages, as they provide a more consistent and predictable trading environment in which to learn. While it’s possible to use variable spreads when starting out as a trader, it can be dangerous at certain times and under certain market conditions if you don’t know what you’re doing.

Variable spreads simply pass along the best bid and offer prices available at a certain time, with the amount of variability dependent on the instrument traded and broker used. Variable spreads are often cheaper than fixed spreads, especially in times of high liquidity. However, variable spreads can rise quickly in times of extreme volatility, such as news announcements and market open and close times. While access to cheaper transaction costs is an obvious advantage of variable spread packages, it’s important to note that not all traders will experience the same benefits.

In general, it’s more important to pay attention to transaction costs if you’re a high-speed trader, simply because you have to pay the spread more often. This is the main reason why so many scalpers choose variable spread packages, because it enables them to access the cheapest spreads available on the market at any given time. In the end, it comes down to personal choice whether to use fixed or variable spreads, with infrequent traders less likely to notice the difference and high frequency traders faced with a tough choice based on their own trading system.

What Spreads Should I Choose?

It really comes down to personal choice and trading strategies. As it was noted before, variable spreads are lower during the busy times but may be considerably higher during the quiet times; on the other hand, fixed spreads offer protection against these fluctuations and some peace of mind. Keep in mind that variable and fixed spreads mainly apply to forex spread betting, so if you decide to scalp EUR/USD at 10pm (GMT time) you should opt for fixed spreads as floating spreads will be much higher but if you mainly trade during the busy times you might prefer floating spreads. Unfortunately, your broker will either offer fixed or variable spreads and you can’t simply switch between the options.